Choose a menu and order online or by phone. We offer individual nutritional plans that are fully tailored to your needs, purposes and taste preferences.

We prepare the food from selected products and deliver ready-to-eat food to your home, office or wherever you want, within Sofia and Plovdiv city.

Don`t waste time for shopping or cooking. Enjoy nutritious and healthy food together with your family or colleagues and have more time for favorite activities.

In favour of healthy eating, the kitchen of Fit Panther is already cooking with silver water. The process goes through three main stages:

Drinking water is often saturated with dangerous microorganisms that find favorable living conditions in it. They have a negative effect on the human body and are the cause of a number of inflammatory processes. Therefore, the Fit Panther kitchen has introduced an entirely new technology that improves the quality of the drinking water used for cooking.

The system achieves this by releasing silver and copper ions into the water, which destroy the bacteria available. The technology subordinates its action on the treatment of water in several different ways before it`s ready for electrochemical treatment with silver and copper anodes.

• The first stage of processing is coarse filtration, designed to capture particles larger than 60 microns.
• In the second stage, the water passes through a magnetic group, which makes it more susceptible to impact in subsequent processes.
• In the third stage, the water goes through filtration with activated carbon, which removes from it in addition to particles larger than 20 microns, and organic and chemical contaminants – such as aromatic compounds and chlorine.
• The fourth stage is filtration and mineralization of water. In this process, it passes through the well-known mineral Zeolite, which can be extracted only in a few places in the world – one of which is Bulgaria.
• The fifth final stage is the enrichment of water with silver and copper ions, which protect it from dangerous microorganisms and protect it even after exposure to the environment.

Our Mission Is to Improve Your Quality of Life

“Healthy Cuisine for All-Day Menu Fit Panther is here to show you the way to a new, lighter and more delicious lifestyle. Improve your health and your eating habits. We can be your food traveller in new better nutrition.

The kitchen has a team of real professionals. We offer healthy, high alkaline menus rich in micro and macronutrients, properly balanced and selected foods with proteins, fats and carbohydrates. We have menus for weight loss, muscle gain and weight maintenance. 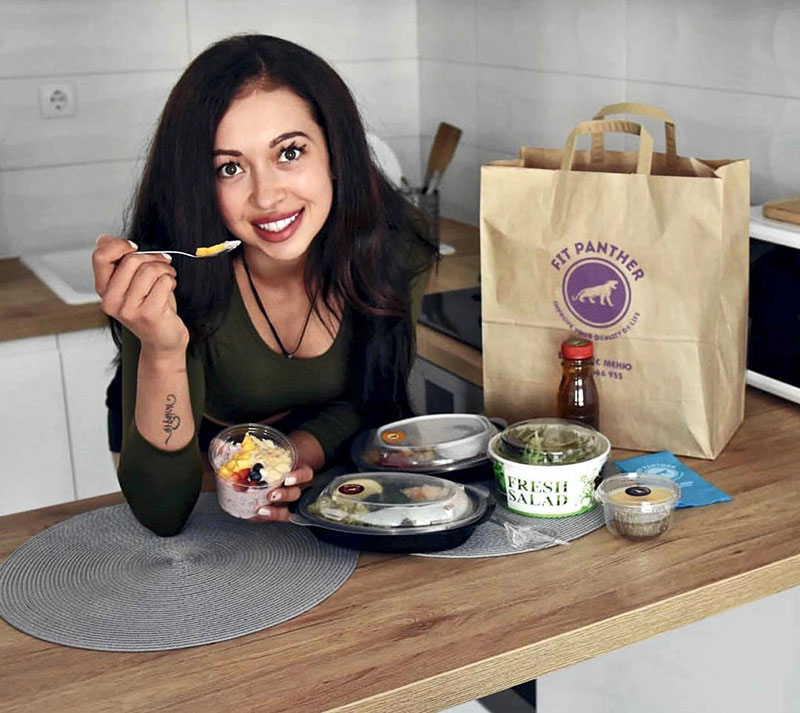 Only Selected Food for Our Clients

Is it possible to prepare healthy and diet food with randomly selected products? Of course NOT. That`s why we only load products from guaranteed and correct suppliers to ensure our customers be sure about the quality of the food that we deliver them. 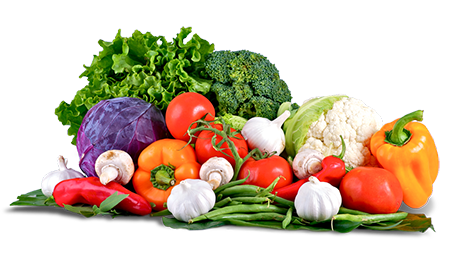 Fit Panther prepares its own nutrition plans and menus, matched mainly with the goals of our clients

Smoothie, fruit juice, tea, and other detox drinks that give us more vitamins, minerals and vital energy throughout the day

Healthy, tasty and precisely calculated food prepared according to your individual goals and physical indicators

Be the 1st with Fit Panther

Individual multi-layered organic and superfoods help girls to eat a balanced and healthy diet so that their body can withstand training and competition and at the same time, each serving receive the necessary nutrients, strictly tailored to the individual needs of each one of them. Thе healthy kitchen Fit Panther maintain the good condition and health of “our golden girls” from the Ensemble, and all menus are with calculated calories and nutritional value, properly selected according to taste preferences and the necessary needs of the girls.

The quality and properly selected food is the basis of a healthy body that maintains a healthy mind, and the nutrition of athletes is a very important part of their comprehensive training in general. With the invaluable help of Fit Panther, the quality and healthy nutrition of the girls from the Ensemble help the overall training and competition regime. We congratulate them on the Olympic gold medal and we are proud of them. Healthy and nutritious food is natural doping for every athlete. 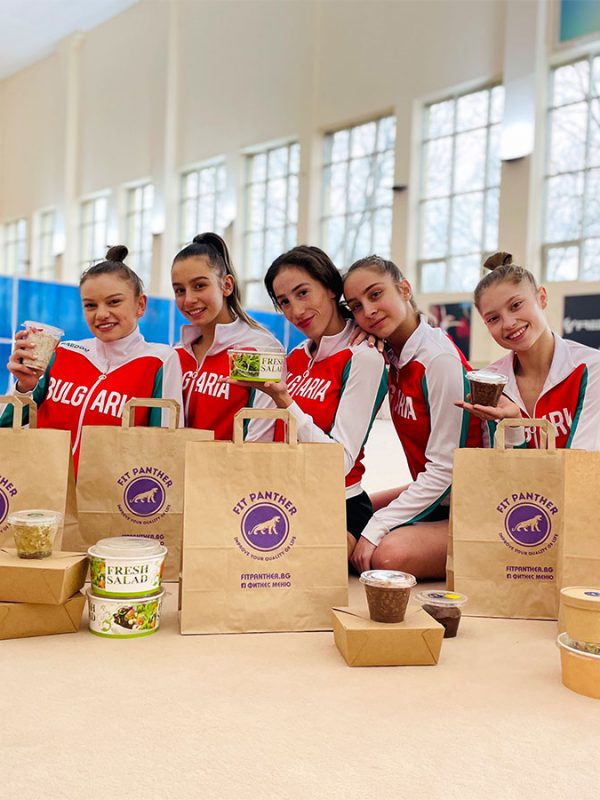 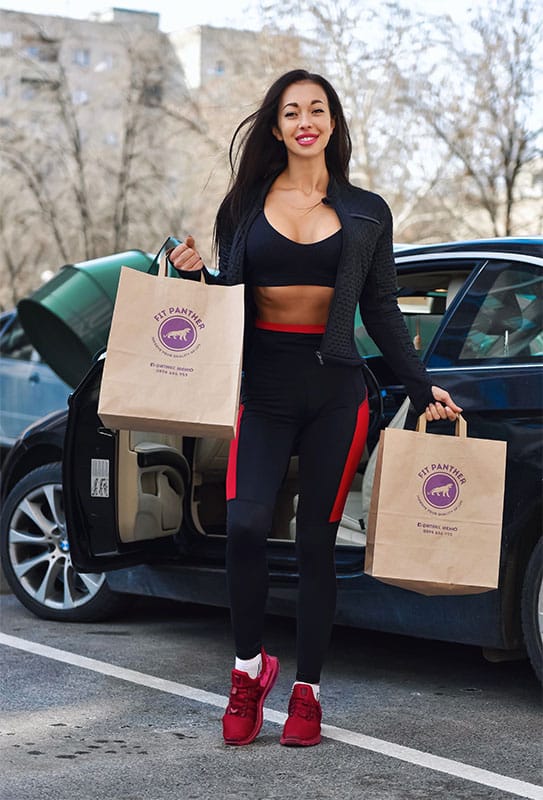 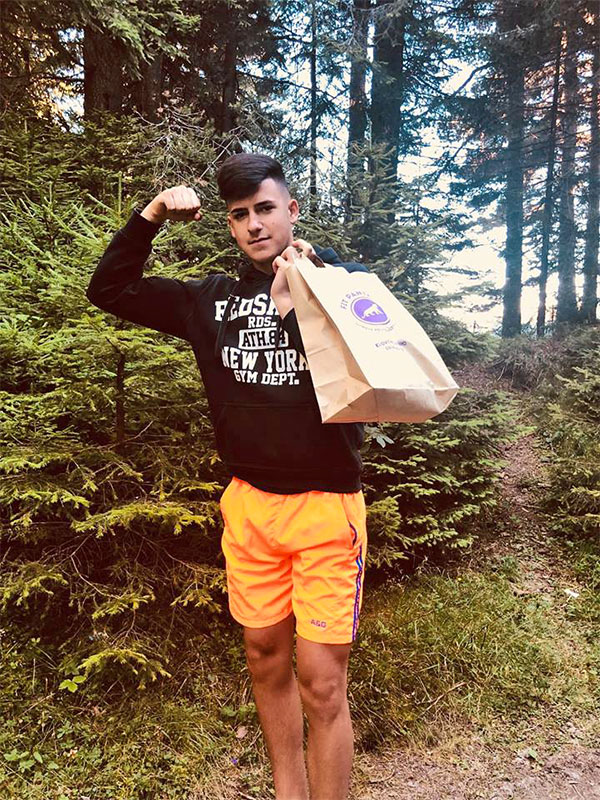 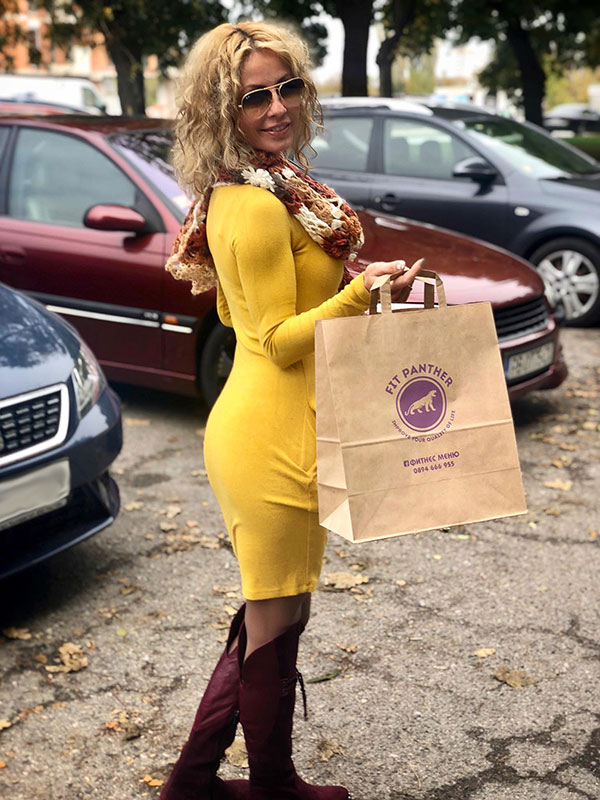 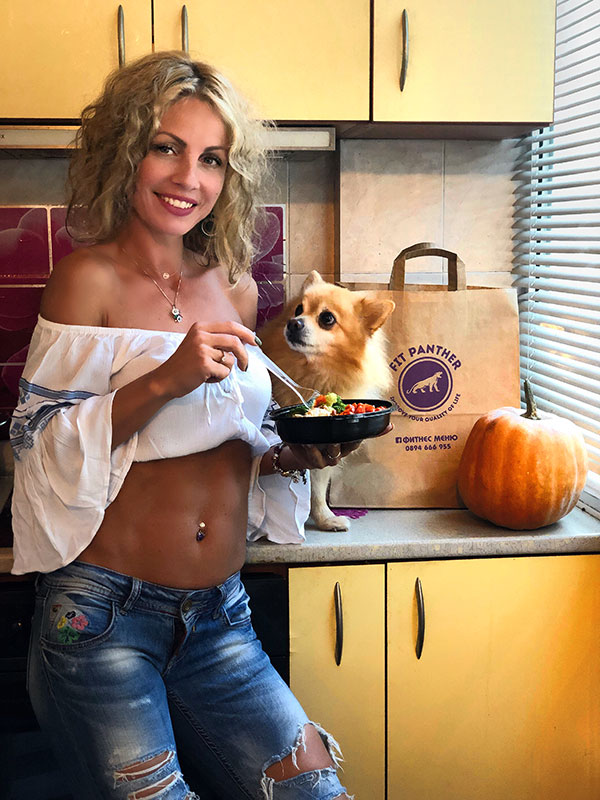 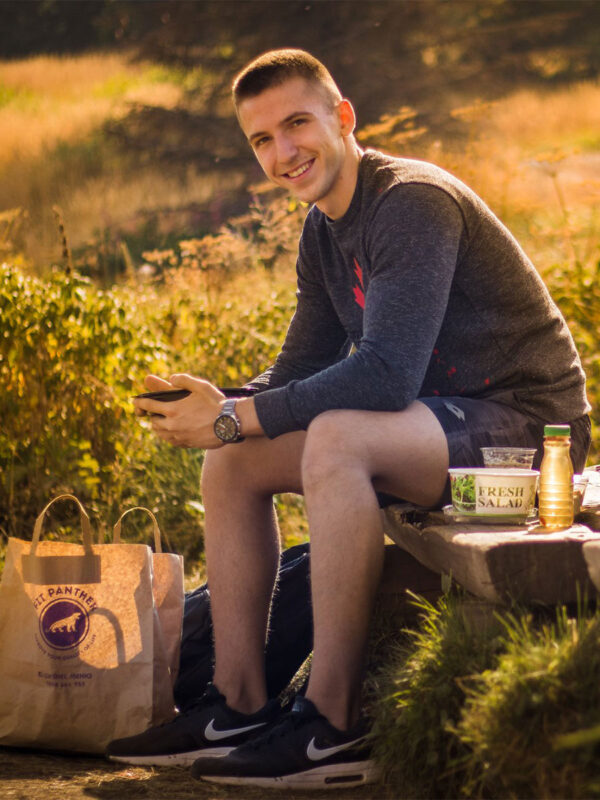 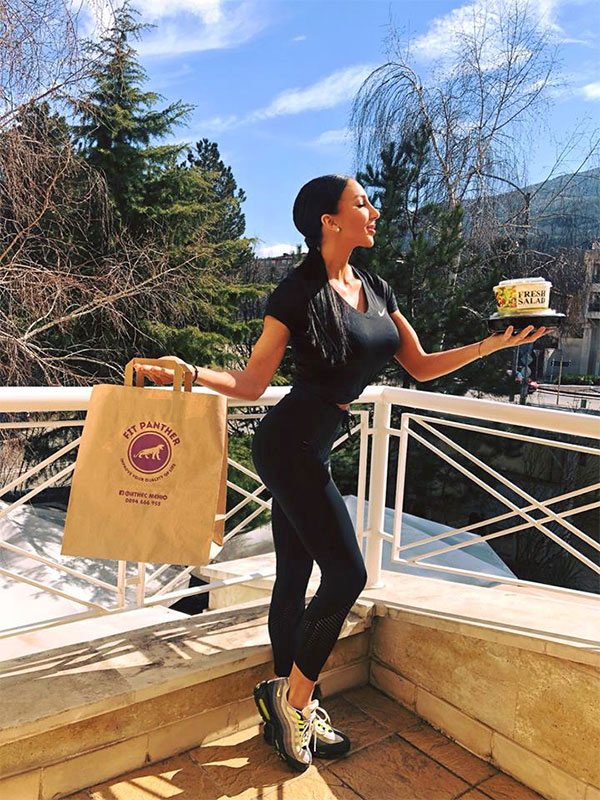 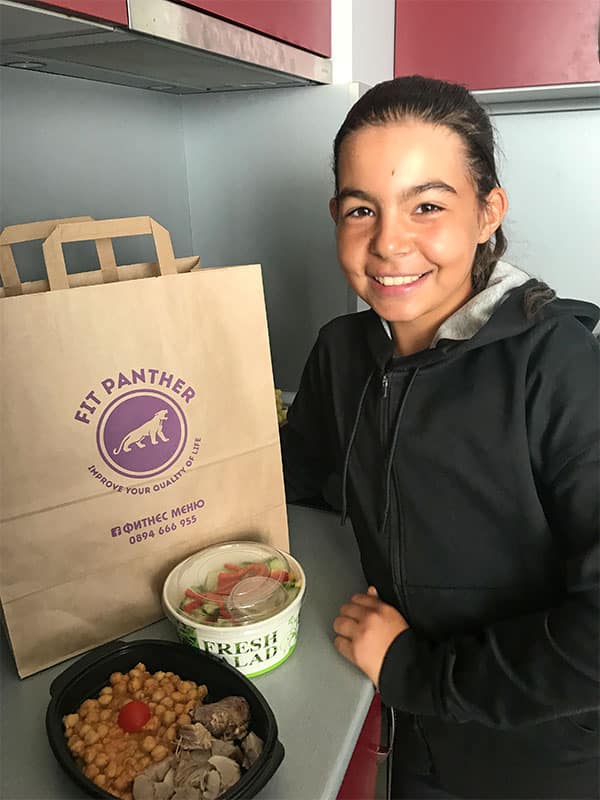 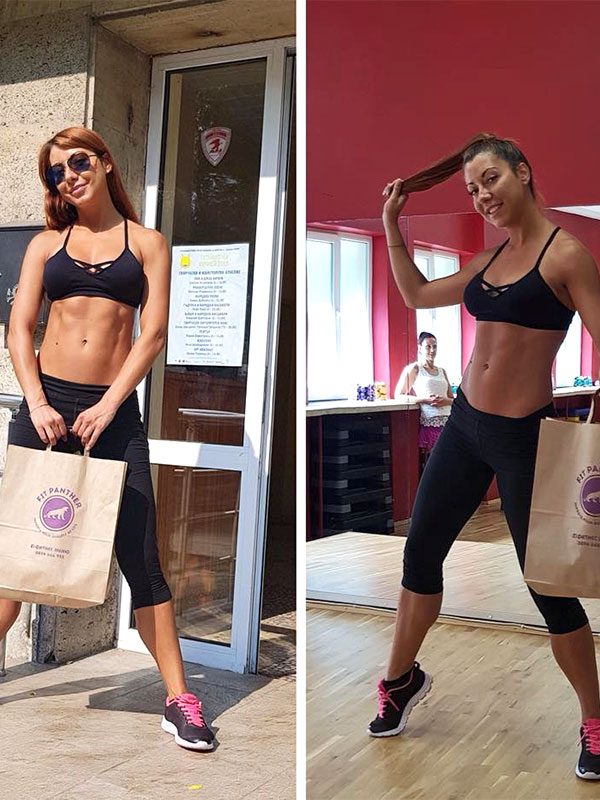 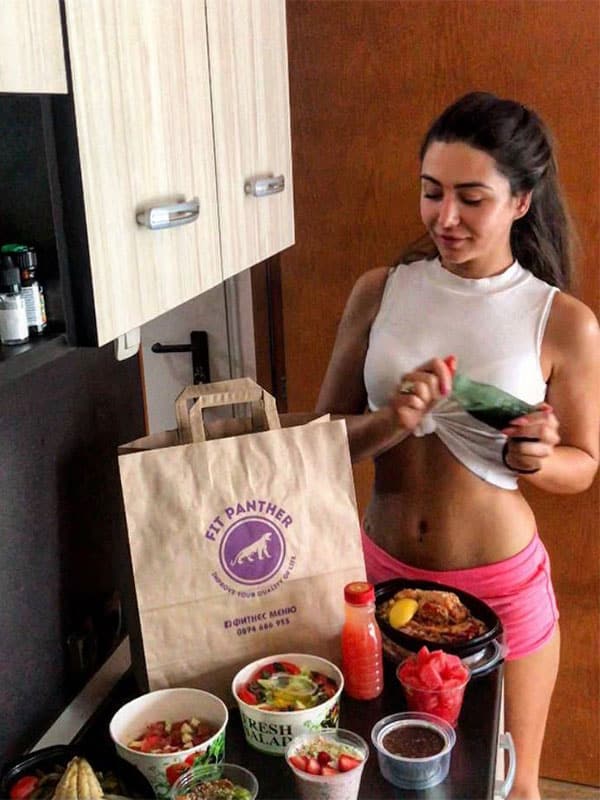 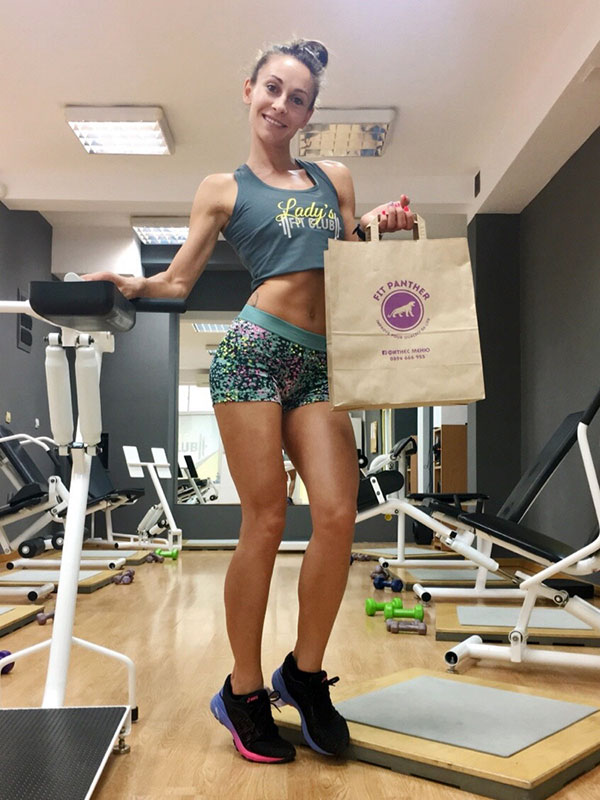 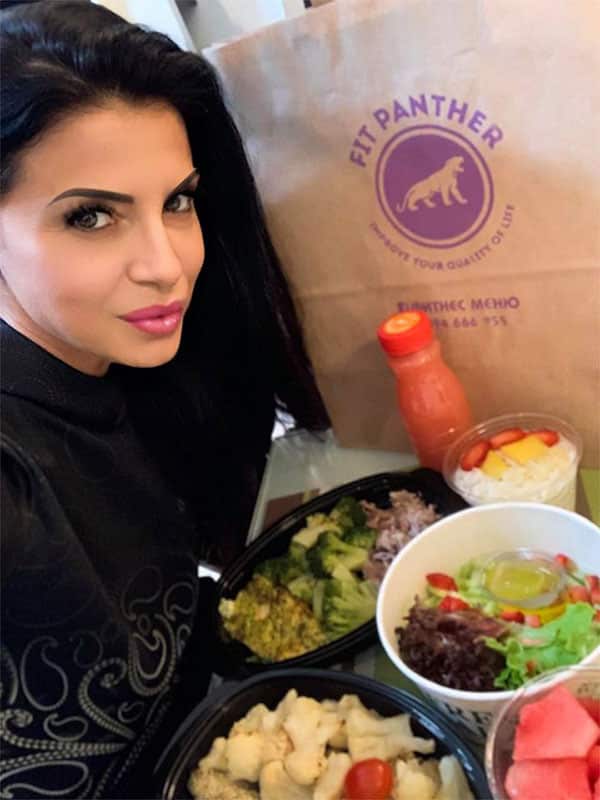 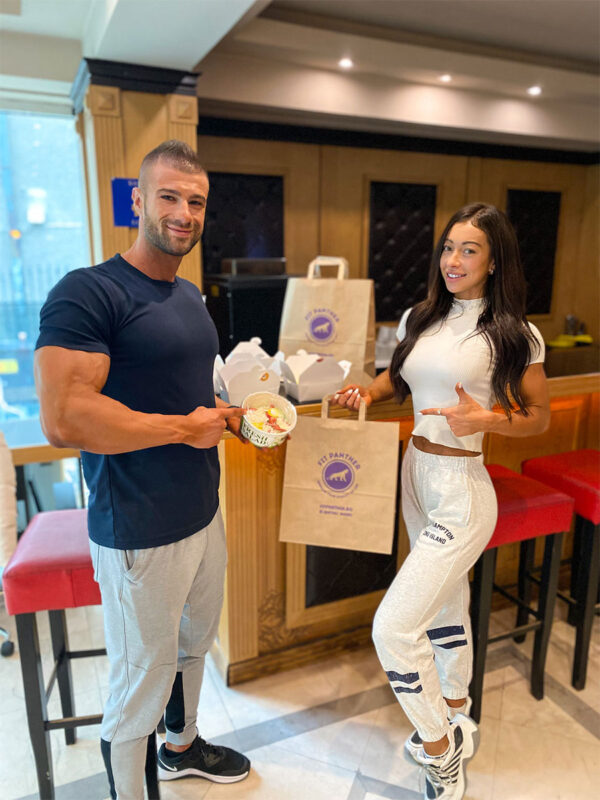 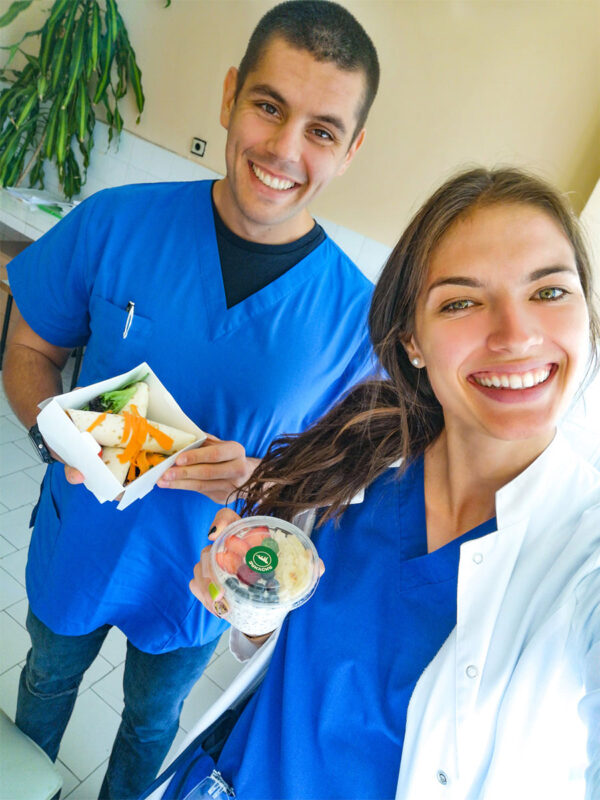 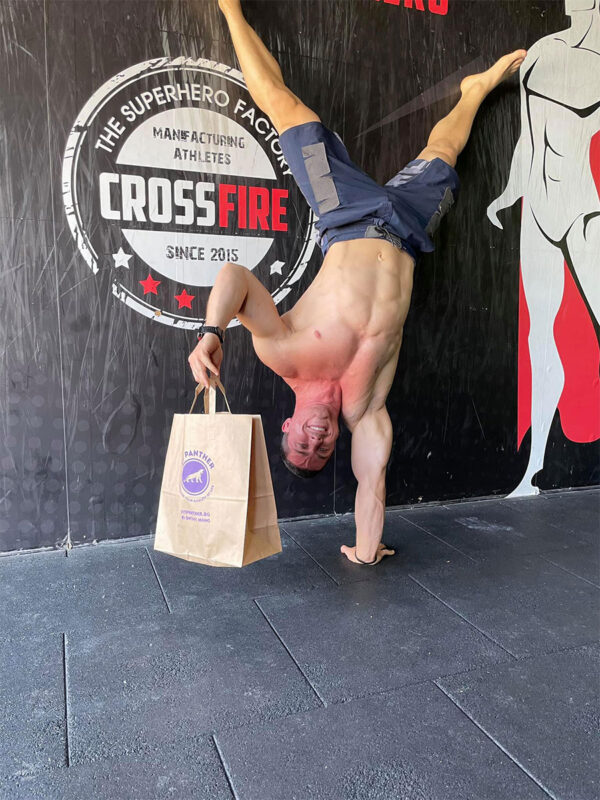 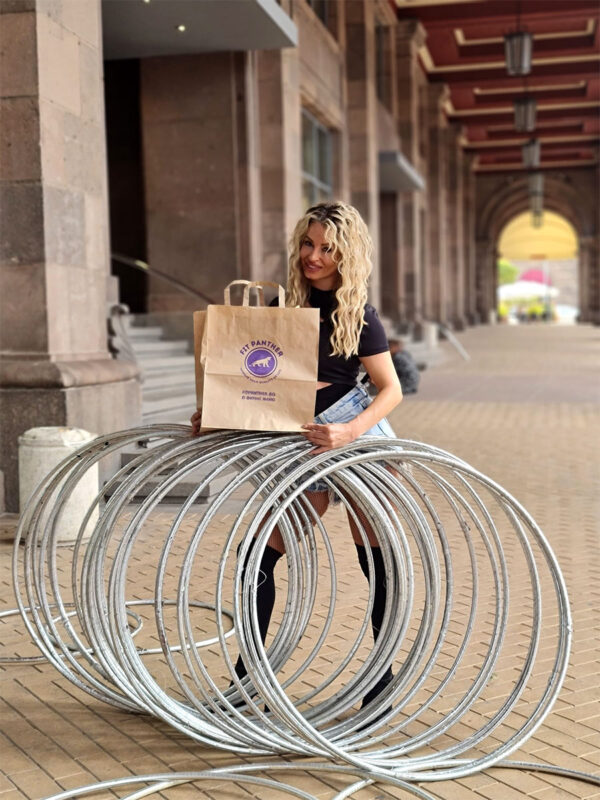 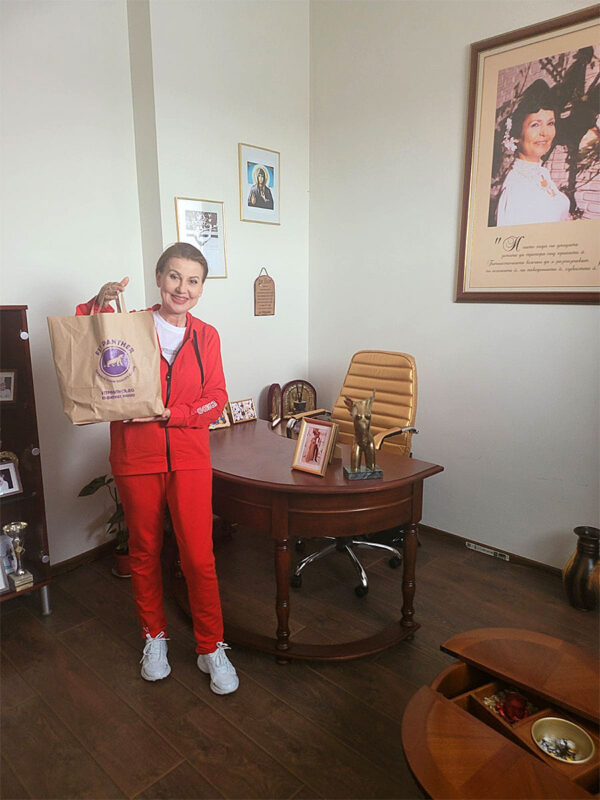 I have been eating for two weeks and I am extremely pleased. The menu is tailored to my needs for gluten-free meals. Quality and varied products. Even the fruits in this winter season are varied and very delicious. If I have to prepare my own food at home I can`t afford such a variety.

I am impressed by the attention, understanding and satisfaction of the client's wishes - in a few companies, there is such a practice. The food is varied and very delicious, probably because it is prepared with love and according to the taste of the client. Thank you - You are great!

Tasty and varied menu. Everything is done with much desire and is visible at first glance. Only quality products are used and the menu is tailored to the needs of each client. They are always kind and ready to help with advice. Thanks!

Top! I highly recommend! With good and accurate food, you get not only a good body, but also inner peace and lighter and relaxed life!

Thank you, Fit Panther - Fitness Menu! With your food, I lost 14 kg for 50 days. You are amazing!

With a program from Fit Panther, I lost 22 kg for only 3 months. It changed not only my appearance but and my health. I sincerely thanks to Mr Nikolay Petrov for the advice I received by him during my entire diet. I continue to eat with a Fitness menu and I strongly recommend it to everyone who keeps his health.

We also use third-party cookies (Google Analytics, Google Ads, Facebook Pixel и Hotjar) that help us analyze and understand how you use this website. These cookies will be stored in your browser only with your consent. You also have the option to opt out of these cookies. But opting out of some of these cookies may have an effect on your browsing experience.
Necessary Always Enabled
Necessary cookies are absolutely essential for the website www.fitpanther.bg to function properly. This category only includes cookies that ensures the basic functionalities and security features of the website. These cookies do not store any personal information.
Non-necessary
Personal information that is accumulated through cookies can only be used to perform certain operations for the user. Any cookies that may not be particularly necessary for the website to function are used specifically to collect user personal data for internal analytics and ads related to the website www.fitpanther.bg. Fit Panther® and PANTERA 83 Ltd. explicitly states that it does not provide this information to third parties in addition to those specified in our Privacy Policy.
SAVE & ACCEPT